The uniquely folded shape of the cortex is a major innovation in evolution that allowed an increase in the size and complexity of the human brain. 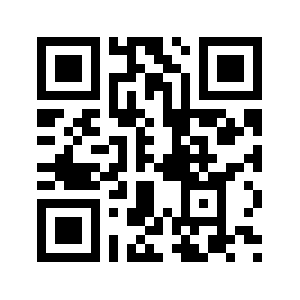 The human brain has a very striking shape, and one feature stands out large and clear: the cerebral cortex with its stereotyped pattern of gyri (folds and convolutions) and sulci (fissures and depressions). This characteristic folded shape of the cortex is a major innovation in evolution that allowed an increase in the size and complexity of the human brain.

How the brain adopts these complex folds is surprisingly unclear, but probably involves both shape changes and movement of cells. Mechanical constraints within the overall tissue, and imposed by surrounding tissues also contribute to the ultimate shape: the brain has to fit into the skull after all. McGovern postdoc Jonathan Wilde has a long-term interest in studying how the brain develops, and explained to us how the shape of the brain initially arises.

In the case of humans, our historical reliance upon intelligence has driven a massive expansion of the cerebral cortex.

“Believe it or not, all vertebrate brains begin as a flat sheet of epithelial cells that folds upon itself to form a tube,” explains Wilde. “This neural tube is made up of a single layer of neural stem cells that go through a rapid and highly orchestrated process of expansion and differentiation, giving rise to all of the neurons in the brain. Throughout the first steps of development, the brains of most vertebrates are indistinguishable from one another, but the final shape of the brain is highly dependent upon the organism and primarily reflects that organism’s lifestyle, environment, and cognitive demands.”

So essentially, the brain starts off as a similar shape for creatures with spinal cords. But why is the human brain such a distinct shape?

“In the case of humans,” explains Wilde, “our historical reliance upon intelligence has driven a massive expansion of the cerebral cortex, which is the primary brain structure responsible for critical thinking and higher cognitive abilities. Accordingly, the human cortex is strikingly large and covered in a labyrinth of folds that serve to increase its surface area and computational power.”

The anatomical shape of the human brain is striking, but it also helps researchers to map a hidden functional atlas: specific brain regions that selectively activate in fMRI when you see a face, scene, hear music and a variety of other tasks. I asked former McGovern graduate student, and current postdoc at Boston Children’s Hospital, Hilary Richardson, for her perspective on this more hidden structure in the brain and how it relates to brain shape.

“One of the most fascinating aspects of brain shape is how similar it is across individuals, even very young infants and children,” explains Richardson. “Despite the dramatic cognitive changes that happen across childhood, the shape of the brain is remarkably consistent. Given this, one open question is what kinds of neural changes support cognitive development. For example, while the anatomical shape and size of the rTPJ seems to stay the same across childhood, its response becomes more specialized to information about mental states – beliefs, desires, and emotions – as children get older. One intriguing hypothesis is that this specialization helps support social development in childhood.”

We’ll end with an ode to a prominent feature of brain shape: the “Sylvian fissure,” a prominent groove on each side of the brain that separates the frontal and parietal lobes from the temporal lobe. Such landmarks in brain shape help orient researchers, and the Sylvian fissure was recently immortalized in this image, from a postcard by illustrator Joe Laney.